Nine years ago, Kate Walsh loved her ex-boyfriend’s cologne so much that the Grey’s Anatomy and Private Practice actress created Boyfriend, a women’s perfume meant to capture the idea of a “boyfriend in a bottle.” 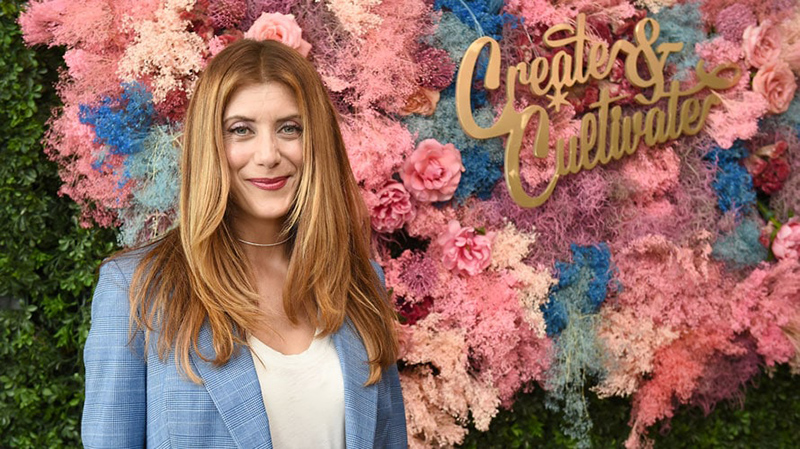 At the time, she said, “it was still new for women to wear masculine scents,” and she initially dismissed the idea, thinking that there was no way the name “Boyfriend” hadn’t already been trademarked in the beauty space. But when she asked her lawyer to check, he told her that it was still available.

“I took that as a green light,” she said in a conversation with Adweek at last month’s Create & Cultivate conference in New York City.

Boyfriend has traveled a long road, one that includes two iterations of the brand. The first came nearly a decade ago, in 2010, when she introduced Boyfriend on HSN. It sold out in 20 minutes. The next year, she brought Boyfriend to Sephora stores, where it became a top perfume.

Additionally, Boyfriend, which sells for $65 per bottle, isn’t a typical celebrity perfume. It’s not branded with Walsh’s name, and, at the advice of the ex-boyfriend who inspired the idea (and who also happens to be a venture capitalist), Walsh decided to make the product herself, rather than do the type of licensing deal that’s so traditional in the celebrity fragrance world.

“There are people who are so much bigger than me, that people are going to buy just because a Kardashian made it,” she said. “This wasn’t that. I thought that this was something the marketplace didn’t have, which was a fragrance that had a story behind it, that had masculine and feminine notes combined and was just really, really good.”

But the early 2010s were a busy time for Walsh. She was in the midst of starring on her Grey’s Anatomy spin-off, Private Practice. And with pressure mounting for something new, she rolled out a second perfume, Boyfriend Billionaire, in 2012. But it didn’t have the same resonance that the first one did—and, meanwhile, in-store marketing costs that she hadn’t anticipated, such as paying for better placement on Sephora shelves or a prime spot in their holiday catalog, were beginning to add up. “I was a novice in this area,” admitted Walsh. “It was just too much.”

As Boyfriend’s first life began to slow down, Walsh turned to her friend Luigi Picarazzi of Digital Media Management, who suggested that they go into business together to give the brand a second chapter. Picarazzi would handle the “backend, creation, marketing and manufacturing,” while Walsh would focus on the creative behind the product.

For her part, Walsh could sense that there was potential, despite prior difficulties. “The demand for Boyfriend, the original fragrance, was so popular, and people were buying anything that remained of it,” she said. Their challenge now was to remake the brand for a more modern consumer.

Boyfriend relaunched last year, with several significant changes. No longer is the perfume sold at Sephora; instead, they’ve transitioned to a direct-to-consumer model that allows for greater control. Walsh also wanted this new Boyfriend to be a full lifestyle brand, a vision that’s come to life with a newsletter and Facebook groups where people can connect with Boyfriend beyond the scent. Walsh has also harnessed the power of social media (and her 886,000 Twitter and 2.3 million Instagram followers) to connect with her customers, who often begin as fans of her on-screen work.

“It was such a vastly different experience, to have the team in place and the infrastructure that we needed,” she said. “Doing it as just direct-to-consumer online, and using Instagram as a place for people to window shop.”

Offerings began with a candle, and then a pulse-point oil, both of which were ideal because neither included alcohol; thus, both had a more simple process for global shipping. But the team still heard consumer demand for that original Boyfriend perfume, so they brought it back.

“The development of the brand has been [done] in a really organic, smart way,” she said of Boyfriend’s second chapter. “We have controlled it and have that intimacy of the fan and consumer interaction every step of the way.”

PREVIOUS : I WAS NEVER A FRAGRANCE PERSON UNTIL I SMELLED THIS ONE PERFUME